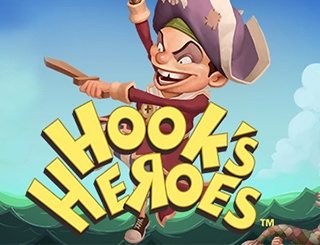 Remember the eternally young Peter Pan and how he was always trying to escape from Captain Hook? Well, in Hook’s Heroes you get to play with the baddies and make the most of their rough misadventures so that you can get yourself some great bounty by way of the game’s bonus features.

Playing on the high seas

Hook’s Heroes has 5 reels and 20 paylines. The game has a distinct pirate theme, yet the pirates look more like kids who are dressed up and not being on their best behaviour, to put it lightly. The graphics are easy on the eyes and give the game a cartoonish feel, while the Caribbean soundtrack will put you in mind of the days of Jack Sparrow. You can start your gameplay for as low as 20p to as high as £200. 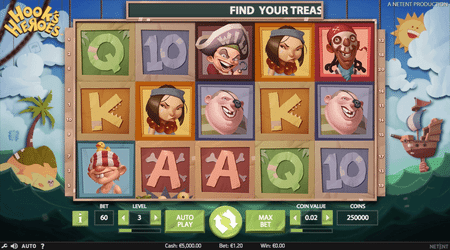 Hook’s Heroes has an eery theme, what with you being a conspirator of murderous little children who also happen to be money-hungry pirates, but the game certainly offers a lot of features that you can make use of to convert those wagers to cash opportunities. It is a low to medium variance game and the Mermaid feature can boost your payout amount with the 4x multiplier. If you can contend with the strange theme, there’s certainly a lot to look forward to in this game, as long as you keep spinning and try choosing the mermaid feature if you get a choice of the feature round. Win Online and Mobile