ELK wants to keep the fun going, and if you had played the original version of Taco Brothers Saving Christmas Slot, then there is more excitement for you in the long-awaited sequel. Jump into the game for an exciting adventure with the brothers, in their mission of saving Christmas. You will love the Mexican desert backdrop with a lovely snowfall.

Taco Brothers Saving Christmas online slots game has five reels and 243 pay-lines, giving you huge options to win. You also don’t have to bet before you get the momentum to play this game. It has a free version that you can use to understand its features. When you are ready to play the real game, you can start your bet from just 10p to £10000. That’s great flexibility for players with different budgets.

Taco Brothers Saving Christmas Slot stands out mostly because of its symbols. The brothers make most of them, and to make them appear different, they take various poses in their photos. There are other symbol items that you will find, and they include Santa Hats, Cigars and Sombreros. 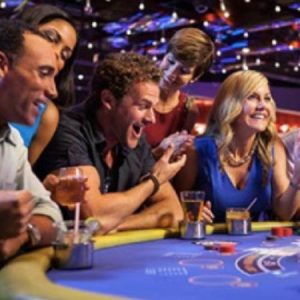 There are additional symbols too which are; Locked Safe, A Shovel, a lantern and a bottle of tequila.

You definitely will want to know the bonus features that you will depend on during your gaming to boost your winnings. Here are what you should be attentive for.

The Wild Symbol – You can’t miss it because its a bell that has ‘WILD’ on it. You will only find it on the 2nd or 4th reels. If they come up with a single spin, the respin feature will be activated.

Scatter Symbol – Is represented by the Locked Safe symbol. You will identify it by the red ribbon around it. The symbol triggers the free spins bonus feature and its great fun!. The catch, however, is to land three of the symbols so that the feature can be triggered, and it at times comes with multipliers of the wins you make.

The Bonus Round – They are 2 mini bonuses in this Mobile Casino Slots Online UK game. The first one comes through CPT Diaz symbol. He has the keys that capture any Running Wilds. When all brothers are arrested, they are jailed, thus ending the game. The Senorita Symbol is the 2nd mini bonus that reactivates the Running Wilds thus giving you free spins. She has keys too to set the brothers free.

The taste of the pudding is in the eating. You will hence only understand the excitement that Taco Brothers Saving Christmas Slot offers by going online and playing it.