Rosellas Lucky Fortunes Slot comes with 5 reel and 3 rows display, which has 20 pay-lines. They all have five mystical modifiers and three free spins features. You can trigger them from the base game.

Every play will trigger all the slot reels to spin randomly, and you will be paid when you match 3, 4 or 5 symbols of a kind. The wins pay from left to right.

When you get the Wild symbol, it will substitute all the others except the Scatter symbol so that you can have a line win. When you use that wild symbol to complete a line, it won’t cost you extra multipliers.

When you start the slot game, you will be prompted to select a symbol that will stand as the 2nd highest paying for the remaining time of the game. 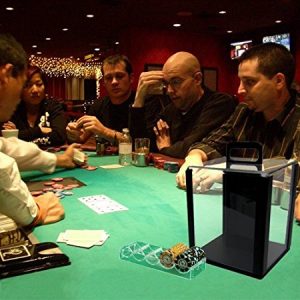 When you are playing Rosella’s Lucky Fortunes Mobile Casino Slots Online UK, be attentive on the actions beside the reels. Gypsy Rosella might modify and change a spin with any of the following 5 base game modifiers.

Colossal Wilds Modifier – Rosella will occasionally and randomly cast a spell on specific positions of the symbols. The position will change into an extra huge ‘Wild’ that will cover more than 2 reels.

Five of a Kind Modifier – On occasional occurrences, the modifier will alter the reels to result in a spin that will end up in a win of 5 of a kind.

Wild Reels Modifier – Wait for Rosella’s magic as she casts a spin spell on specific reel apertures. The reels will then become wild.

Big Win Modifier – The spins will be altered to provide a big win, that will be of an x20 of the stake of your game.

Lucky Wilds Modifier – This targets specific positions of the symbols. They will turn into wild symbols. You will be lucky when they form a connecting win because the payout will be of x7 of that particular win.

Rosella’s Lucky Fortunes Slot online slots is a good bet to make money as you enjoy it. With a return to player of 94.51%, you will have a chance to play as many times as you want with your bet. You will only need to boost it a little bit to the level you need.

Play diligently and expect a maximum payout per spin of £250,000, that is when you touch the right buttons and practice patience during your play.